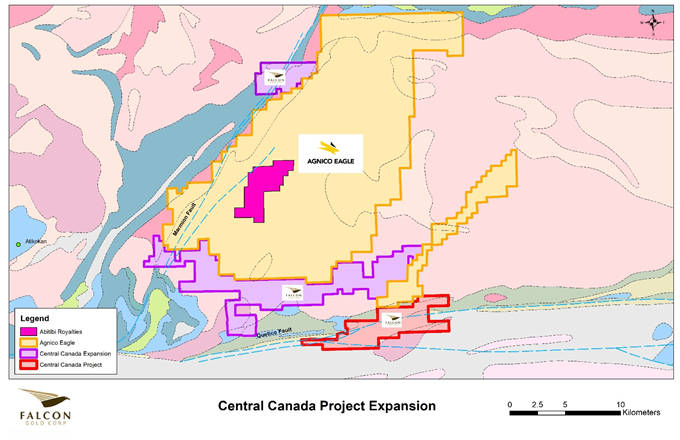 Approximately 21.5 km east of Atikokan, and about 160 km west of Thunder Bay.
Access is from Hwy 11 to Hwy 623 to the mine access road on the north side of Sapawe Lake.

The Property has two geological regimes. Northern claims are underlain by Archean age greenstone rocks that include mafic volcanic flows, gabbroic intrusions and quartz feldspar porphyries in which the gold mineralization is hosted.
The south part of the Property is covered by Sapawe Lake and is underlain by iron formation and greenstone rock units that host Falcon’s targeted gold and cobalt Occurrences.

Falcons most recent drilling locations can be seen on the map below.  Each of the program’s 7 core holes successfully intersected the historical mine trend with mineralized quartz veins intersected to a depth of 175 m below surface.  The final two holes have confirmed the mineralization along strike for a distance of 200 m west of the reported resource area.  Drilling also defined a well-mineralized quartz porphyry unit from the 40 m to 65 m depth.  The deepest hole, CC20-07, discovered a previously unidentified mineralized fault zone with extensive quartz veining from 142 m to 177.46 m.  Significant chalcopyrite, pyrite, and arsenopyrite were noted by the logging geologist throughout the intersection.

The field team has completed logging and samples have been delivered to Activation Laboratories Ltd. (“Actlabs”) in Thunder Bay, ON to undergo fire assay gold analysis. 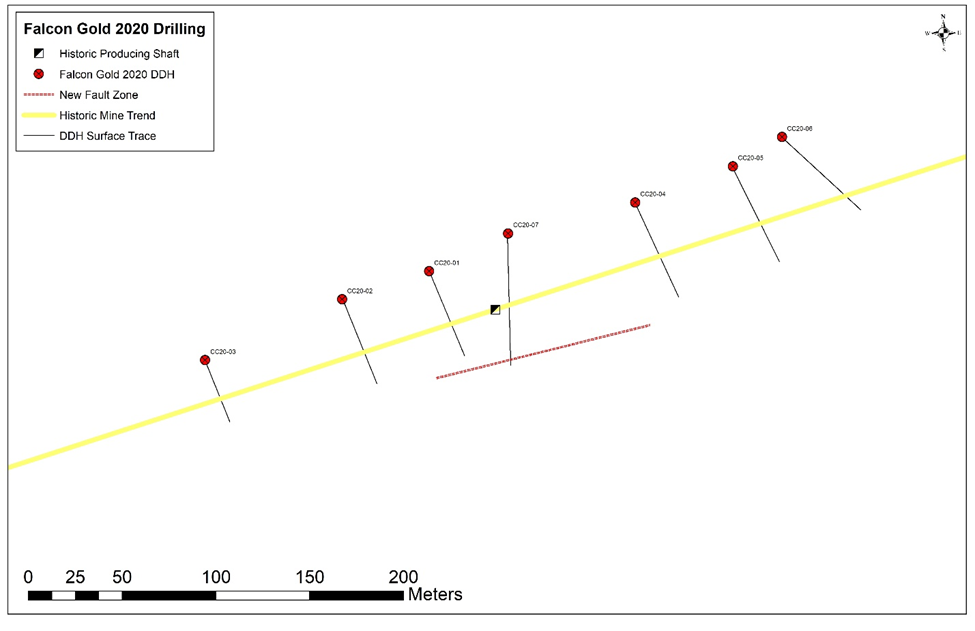 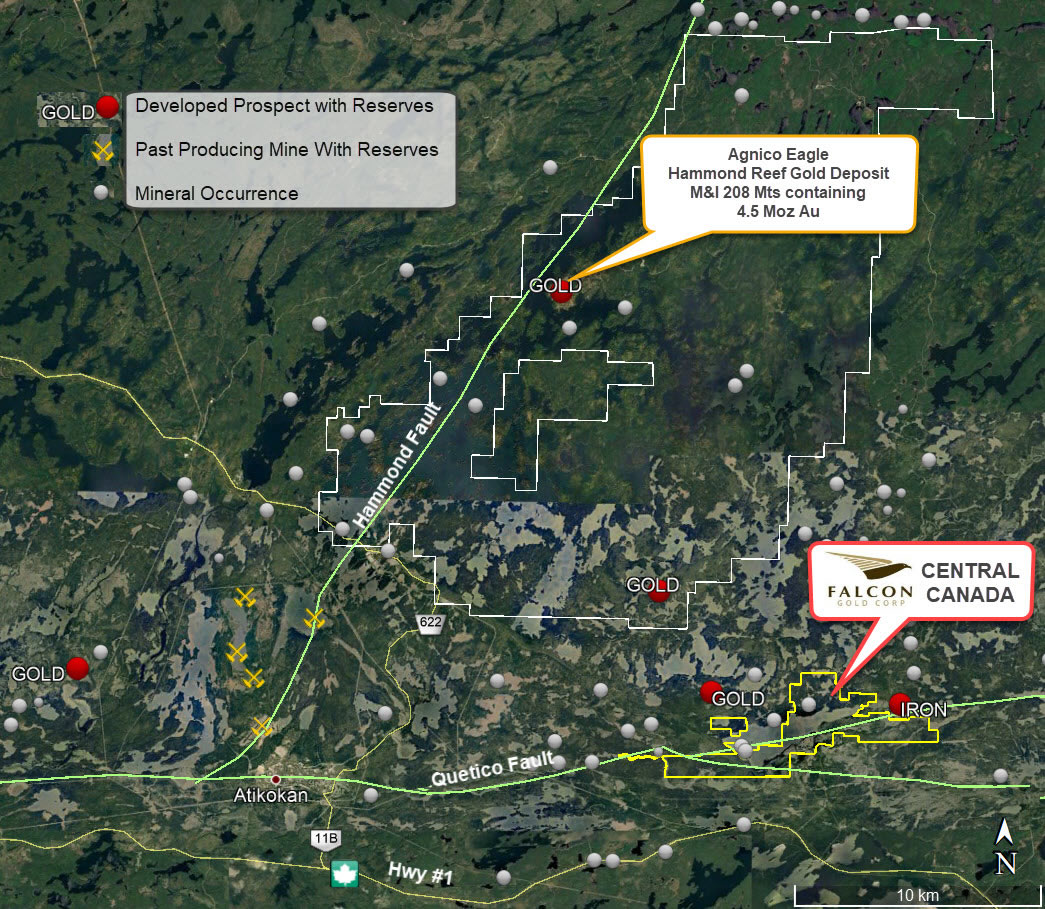 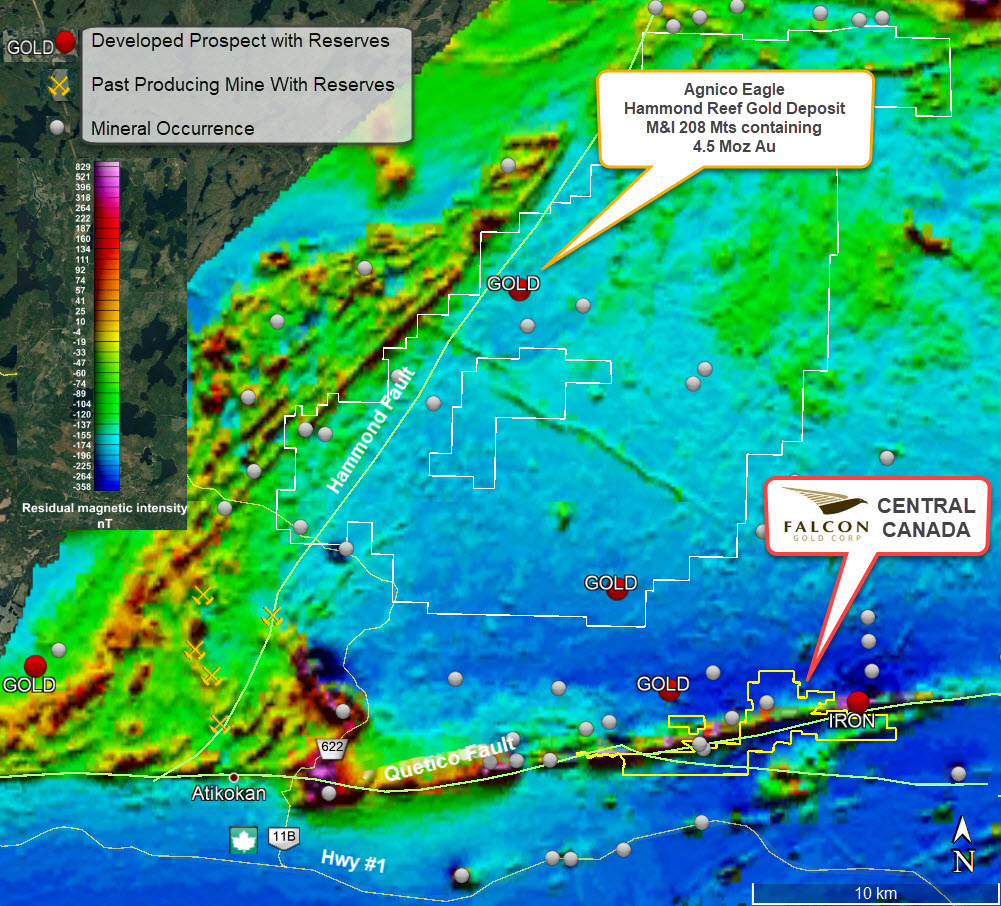 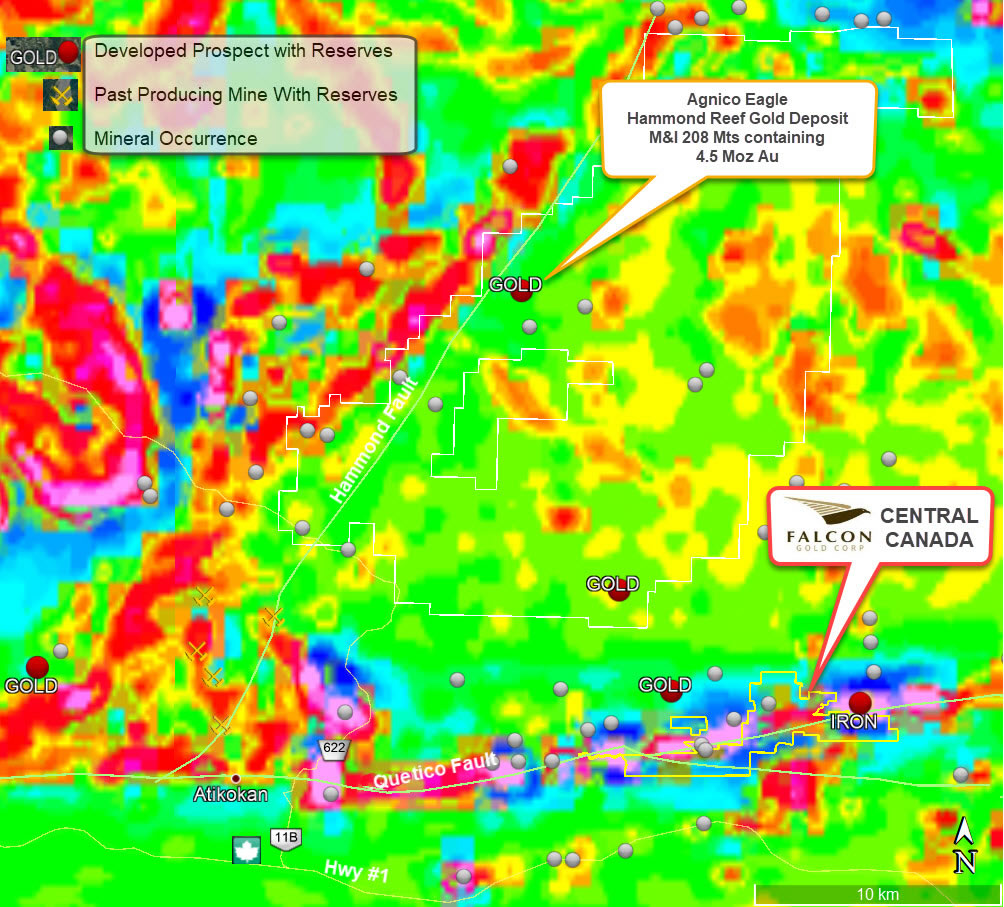 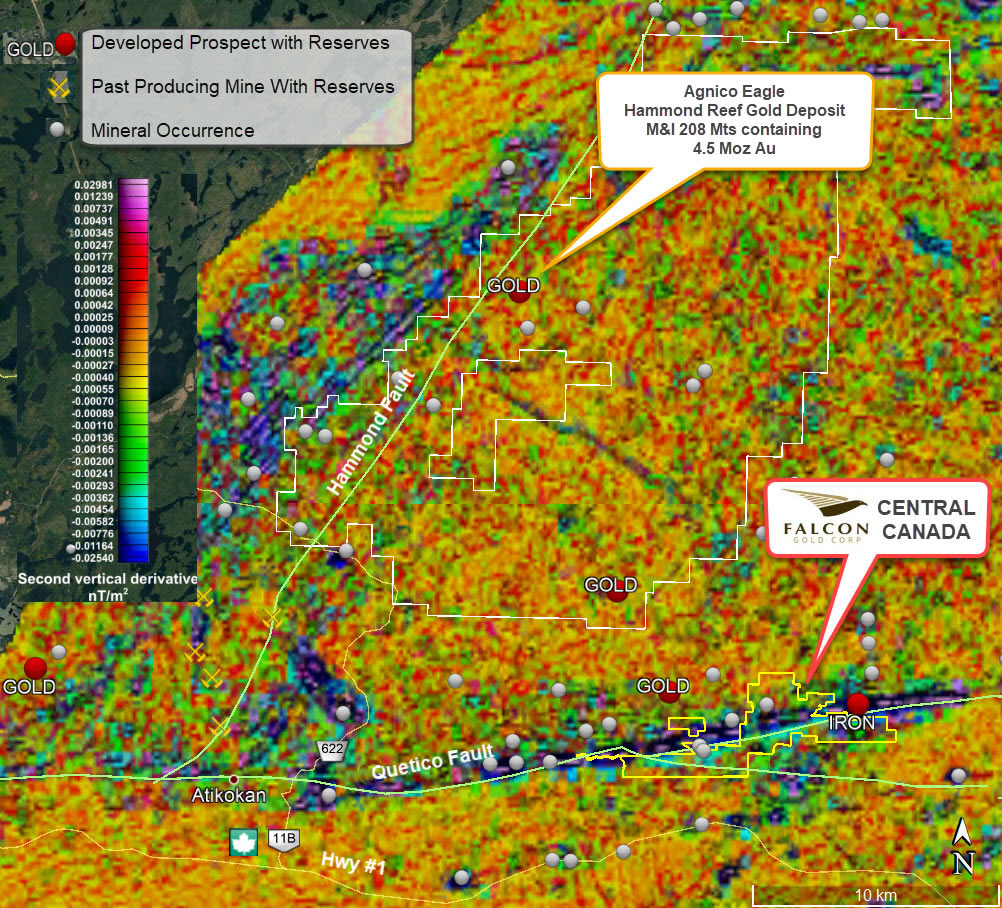