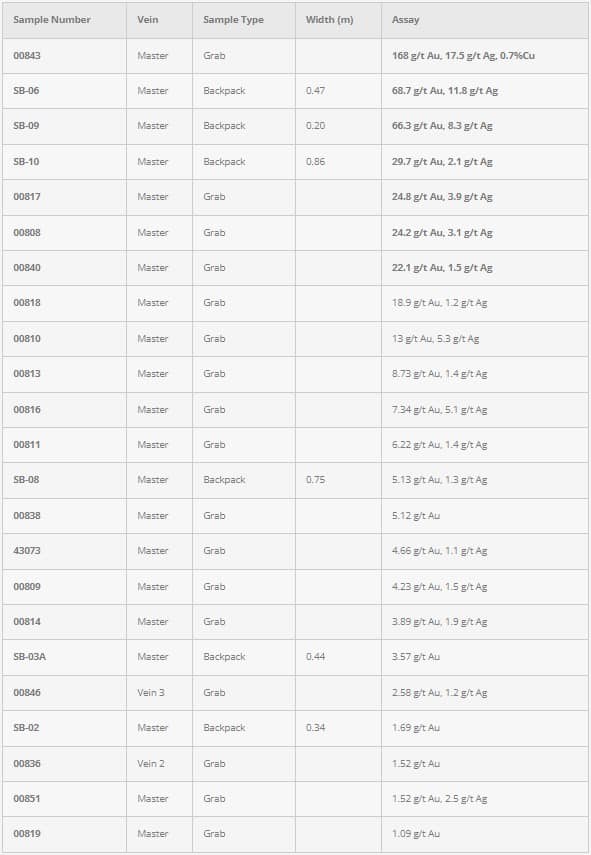 Highlights of the Sunny Boy prospecting and backpack sampling program, 2021.

The Spitfire-Sunny Boy discovery has been referred to as an epithermal gold discovery by past operators and is hosted within the Quesnellia terrane, characterized by submarine volcanic and volcaniclastic rocks of the Nicola group to the south and the Takla group in the north. Two major north trending structures divide the area into three structure subdivisions. The Central and Eastern belts are separated by the Summers Creek Fault. The Central and Western belts are separated by the Allison Fault system. Locally, dacite and rhyolite flows, welded tuff and breccia and intercalated intermediate to felsic heterolithic volcaniclastic rocks are interpreted as representative of centres of felsic volcanism. The gold mineralization and geological setting of the project bears similarities to other developed projects in the region such as the epithermal gold deposits, Prospect Valley and Shovelnose, currently being explored by Westhaven Ventures Inc. 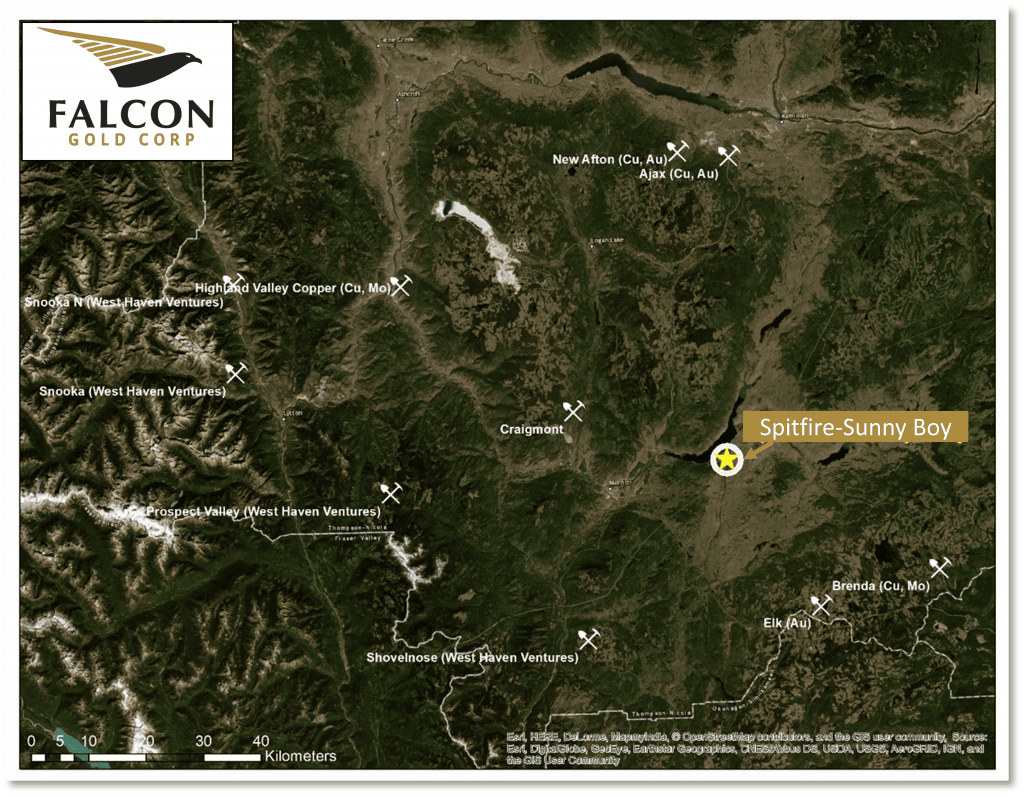